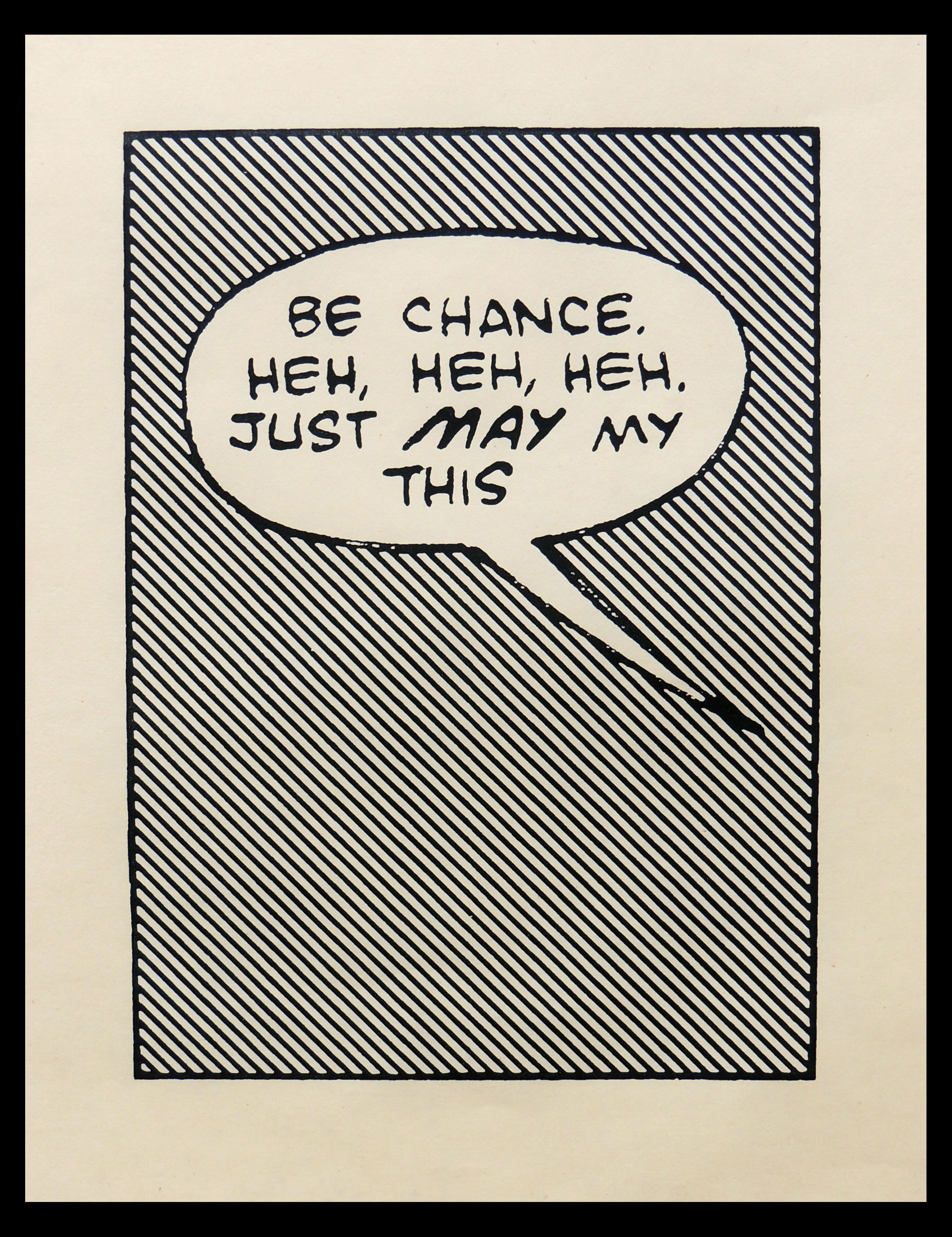 In 2005 I began to deconstruct the comic book “The Invincible Iron Man”, volume 01, issue 178, published in 1982. This latest series of prints evolved out of a previous project alphabetizing the entire comic. This new work alphabetizes certain word balloons from this comic in order to make absurdist statements that reference William Burroughs and the “cut up technique” as well as DADAIST poetry.

Through comics, I can present the viewer with imagery and text that are presumed to be finite and concrete. By manipulating aspects of the imagery, text, or story structure, I can inject a level of uncertainty into a familiar format. The work challenges our assumptions about fixed narratives, binary definitions, and meaning. Creating uncertainty and experimenting with preconceived notions and assumptions are aspects of my practice that keep this project going…

Joseph Lupo received his BFA from Bradley University and his MFA from the University of Georgia. His work has been a part of over 80 different solo and group exhibitions and has been featured at the International Print Center of New York, The Contemporary Art Workshop in Chicago, the Pittsburgh Center for the Arts, the Indianapolis Art Center, and The Contemporary Art Center in Atlanta. Joseph’s work is included in various permanent collections including the Rare Book and Manuscript Library at Duke University, the Denver Art Museum, the Museum of Texas Tech University, and the Spencer Museum of Art. Joseph served on the Executive Board of SGC International from 2006-2012, and served as the president from 2008-2010. He has received multiple awards and grants for his work as an academic including the “Honorary Member of the Council” award from SGCI (2014), “BIG XII Faculty Fellowship” (2013), “WVU Senate Research Grant” (2008 and 2009), “Excellence in Teaching” (2015), “Excellence in Service” (2014) and “Excellence in Research” (2013) awards from the WVU College of Creative Arts.

To see more about Joseph Lupo and his work visit: josephlupo.com